Cattle are at risk of death by lightning strike while grazing in pastures during a thunderstorm. The degree of risk is dependent on the lightening strike density of the geographical area, topographical landscape of the pasture, distribution of trees within the pasture, fencing material used, and habits of the animal during storms. 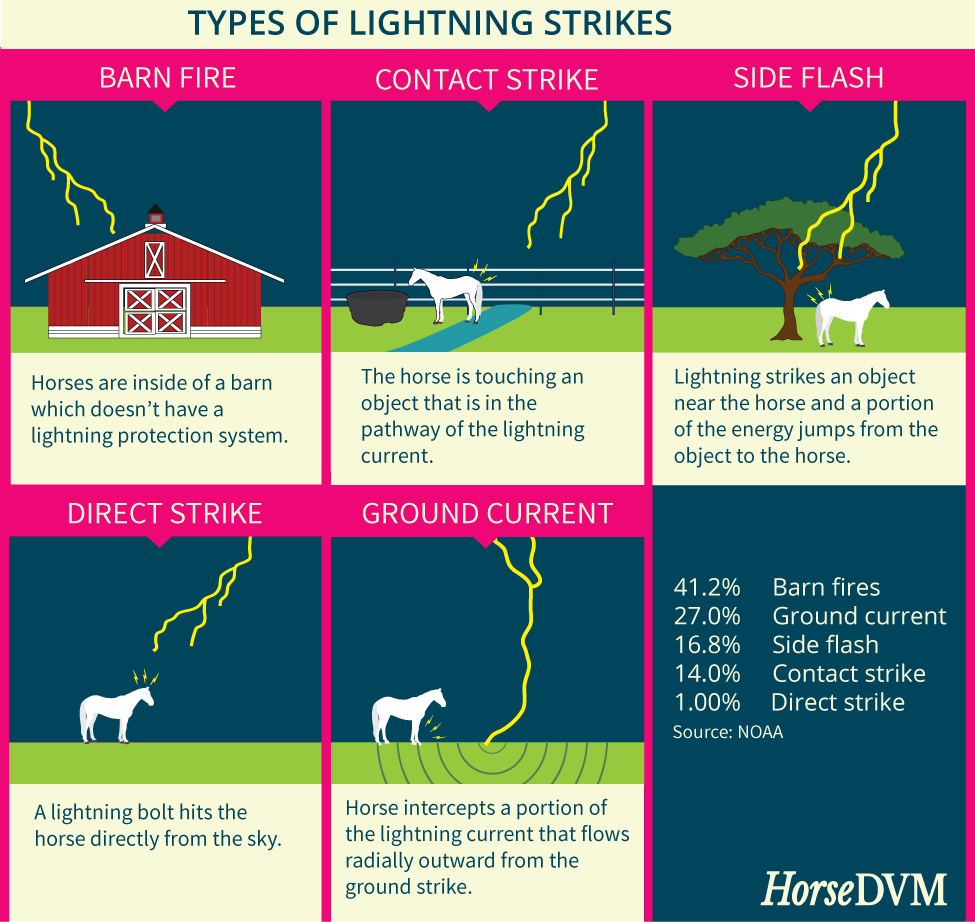 In the United States, the highest lightning flash densities are in Florida, the Southeast, Gulf States, the Mississippi and Ohio River Valleys, and the Front Range of the Rocky Mountains and some other mountains in the Desert Southwest.

The most common ways lightning strikes affect cattle are through ground current, side flash, contact strike, and direct strike. Certain trees are also more susceptible to lightning strikes than others. These trees should be identified and either protected or removed from pastures where cattle graze.

Found dead in the pasture after a storm