Photosensitivity is a severe skin dermatitis which appears similar to that caused by a sunburn. It is the result of a combination of exposure to sunlight and certain chemicals. Photosensitivity occurs in the unpigmented areas (white skin areas) of the cow, predominately areas most exposed to the sun, such as the skin around the eyes, ears, face, tail and coronary band. Onset can occur within minutes of exposure to specific types of plants by direct contact, within hours after ingestion, or after several days of exposure. Cattle are more likely to develop photosensitivity from plants during days or in geographic areas which have high levels of UVA and UVB irradiation.

Lighter-colored cattle or cattle with nonpigmented (white) areas are more at risk of developing photosensitivity; this is because darker skin contains melanin or pigment that helps provide protection from penetrating substances or light.

Photosensitivity is not equivalent to sunburn although it appears very similar. Sunburn is caused by extended exposure of normal skin to damaging UV rays, while photosensitivity manifests as a rapid reaction of cells in the skin to both visible and UV irradiation through stimulation in the associated light spectrum. There are two types of photosensitivity reactions--primary and secondary. 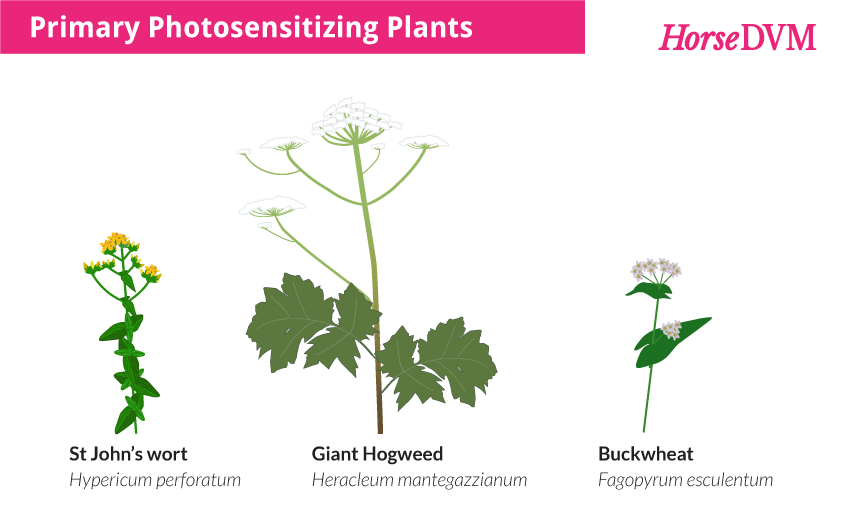